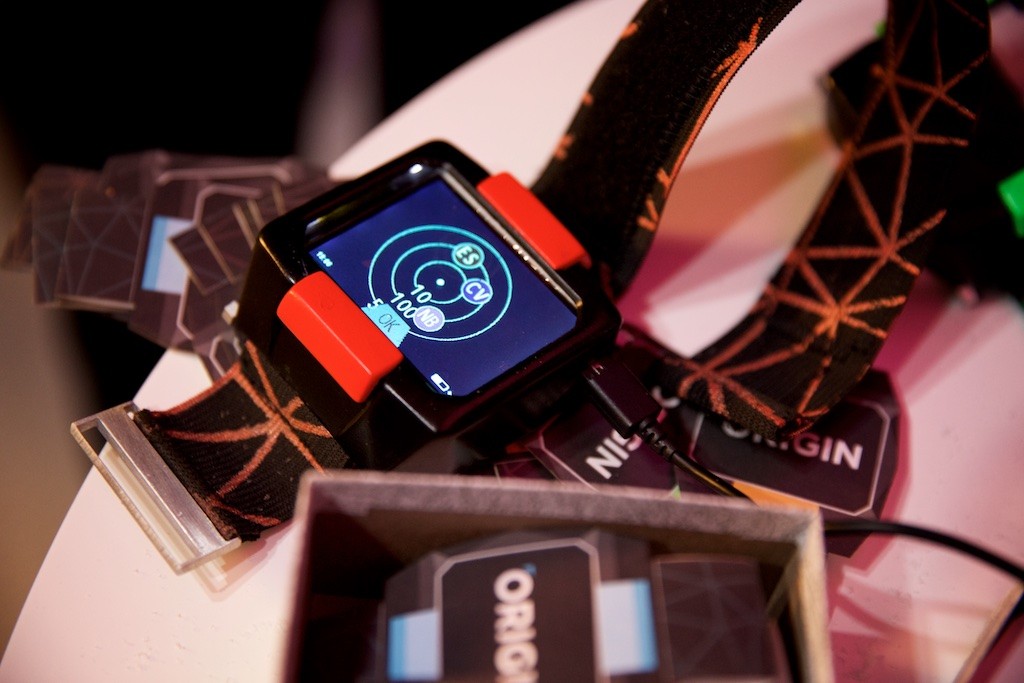 Hopefully now you are wondering, “What is that?”, “Where can I buy one?”, “How did you guys get to test the next [tech company] wearable?”. Tuck yourself in, and I’ll tell you the story of 2.009

One of MIT’s best known courses, 2.009 takes over 150 MechE seniors through the beginning stages of product design, up to the point of presenting a (hopefully!) functioning prototype product to a live and streamed audience of a couple thousand. So highly esteemed is the course on campus, within 2 hours of the RSVP system going live, every available seat in Kresge Auditorium (1,200 according to the campus activities site) was claimed. There’s one reason for the hype, and I can tell you that us students deserve no credit in the class culminating in this incredible final event. 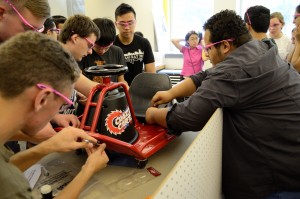 The course is taught by Prof. David Wallace, who pours his heart and soul into making the class an unrelenting experience. As soon as the class is sectioned into 8 teams of 24 (yes, there were 24 people in a team), we start doing team bonding tasks that are cleverly disguised as learning activities. One of our first tasks as Pink Team was dismantling a product and determining the materials used, how it was assembled, and trying to determine the materials cost of the product. These activities were way more enjoyable than your typical name-game group activities, and really began to shape the team dynamic. We learned early on who was loud, who to trust, who had good ideas, etc. 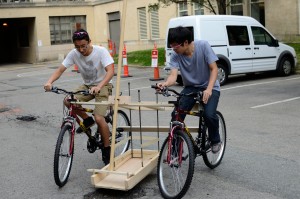 Later we worked on assembling a strange contraption manufactured by the shop staff. An earlier lecture, we had been asked to sketch out an idea for a multi-person vehicle that could load and carry cargo without the operators touching the cargo or the ground. I had sketched out what was essentially two bikes, side by side, with a bucket in the middle, and a scoop to pile cargo in. The shop staff apparent found this idea entertaining, so they built it, with some modifications as you can see. Our team assembled it, then a couple of us took it for a test drive. We knew this wasn’t the last we would see of it. 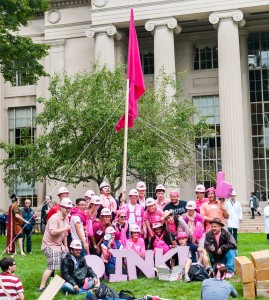 It certainly wasn’t. The next week, each team took their mobile, stuff-getting, people-transporting device out to Killian Court, the home of the iconic Dome. Today, however, it was home to tiny volcanoes, stacks of blocks, and hidden treasure! The teams were given a crate of pom poms and some other paraphernalia with which to cheer on their team as pairs went out to uncover their treasure and bring home the gold. We had been told ahead of time that there would be a prize for first, but also a prize for spirit. Knowing that our dual-bike thingy “hobbled” at best, as a team we decided to strike out for the team spirit prize. We started preparing for the event hours before! I pulled together some cruft foam insulation to make giant Pink letters, found some surplus scrap wood from Next Big Thing, and took along some rope. Another division went to a nearby fabric store to get a couple yards of pink cloth. We ended up building a 20-foot, guy-line supported Pink flag, which we proudly displayed during the competition. It was a huge team bonding moment because, although we came in dead last getting the treasure, we had a ton of fun being the loudest and proudest out there. It was a good moment, and I knew every member of the team was in it for the right reasons.

Enough about team bonding, and on to the technical stuff!