You can buy a lot on Mouser, but unfortunately I don’t think there is soap. You can, however, get SOAP from Mouser; that is, Simple Object Access Protocol, an API standard. Signing up for dev access at http://www.mouser.com/apihome/ lets you use more automated format requests, hopefully faster that using the site. Also, most importantly, gives you programmatic access to the data if using a SOAP module in you webapp, such as soap for NPM. 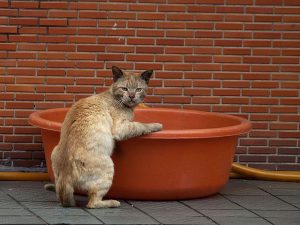 This mouser needs a bath.

setup SOAP as an app dependency:

SOAP basically grabs an XML doc from somewhere (disk or web, usually ending in WSDL), reads it to determine what commands are available and what inputs they need, then calls one and returns the reply. Mouser has its API file at http://www.mouser.com/service/searchapi.asmx?WSDL. If you follow the link there, you can read each of the commands, also described in the human-readable API page: https://www.mouser.com/service/mousersearchapi.asmx

The node SOAP module is /super easy/ once you know how to use it, the doc was a little vague for my tastes. The procedure is this:

This createClient isn’t a long lived thing, its just for the duration of this one request and callback. There is no client object to store. The callback is called immediately upon client creation, so we pass an anonymous function in reality.

client.MyFunction will look for MyFunction in the returned XML API sheet, and draw up a request with MyFunction, and the appropriate args fields filled in. The response will be returned into this callback function, which for ease we will create right here with another anonymous function. For the basic Mouser API, ServiceStatus is a valid function, taking no arguments. This yields:

and if url_to_xml_WSDL was the correct one for Mouser as listed above, you should get back a dict with {ServiceStatusResult: true}